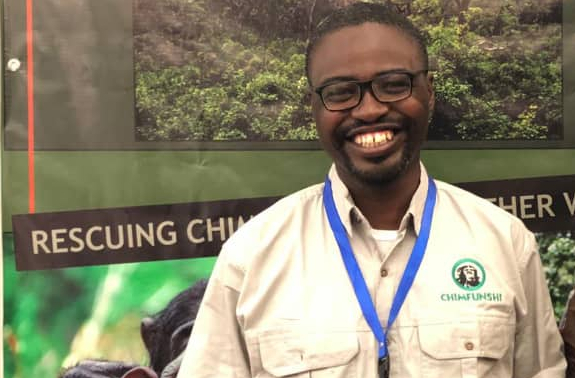 Innocent Chitalu Mulenga is General Manager of the Chimfunshi Wildlife Orphanage since 2009, making him the first Zambian to oversee daily operations of the chimpanzee sanctuary since it was founded in 1983.

Innocent joined Chimfunshi as an Education Officer in 2005, and was promoted to Project Manager two years later. Born and raised in Lusaka, Zambia, Mulenga graduated from the University of Zambia in 2004 and earned his Master of Science degree in Primate Conservation from Oxford Brookes University in the United Kingdom in 2007.

In 2014, Innocent Mulenga was honoured along with leading Zambians in the fields of technology, business and finance at the Zambia Jubilee 50th Anniversary Gala, held in Atlanta, USA.